— Mark your calendars and join us for a week of Fun, Food and Fellowship with Friends and Family.

Click below to open a PDF of the Premium Book

McClure is proud of its living memorial to all veterans of all wars in the annually held Bean Soup celebrations started by Veterans of the Civil War of McClure and surrounding vicinities. On July 23, 1883, a group of veterans of the Civil War met on the second story of Joseph Peters blacksmith shop in Bannerville for the purpose of organizing a Grand Army of Republic Post. After several preliminary meetings, the first session of the newly formed post was held on October 20, 1883.

This organization held many get-togethers and observed bean soup festivals from time to time, but not until 1891 did the Bean Soup Celebration invite the public to a real Civil War bean soup dinner. Records show Comrade Ner B. Middleswarth was chairman in charge of his celebration and secured from the war department “hard tack” to be served with soup. Comrade Henry Kahley who was a cook in the Civil War was in charge of the soup. Another veteran named in cooking was Comrade Aaron Bickel. From 1891 on, the thinning of the ranks in the early 1900’s caused them to feel that the celebration should be carried on by their sons. Since then, the present Henry K. Ritter Camp Sons of Union War Veterans and citizens of McClure have put forth an united effort to the novel celebration using a ton of beans and a ton of crackers to serve the tens of thousands who attend each year.

The making of the soup in large iron kettles is done over a wood-fire battery of furnaces capable of handling 16 large 35 gallon capacity kettles at one time. Each man stirs two of the kettles during two hours and twenty minutes shifts. After seeing it being made and partaking in the main attraction of eating the soup, one can enjoy the many varied attractions which have been added including amusement rides and concessions, displays, parades, nightly entertainment and Civil War re-enactment.

For 50 years, Mr. Samuel H. Bubb was involved with organizing the McClure Bean Soup celebration and making it successful. In September 2008, we were officially named one of Pennsylvania’s State Fairs. We consider this quite an honor and will continue to support Pennsylvania’s agriculture. 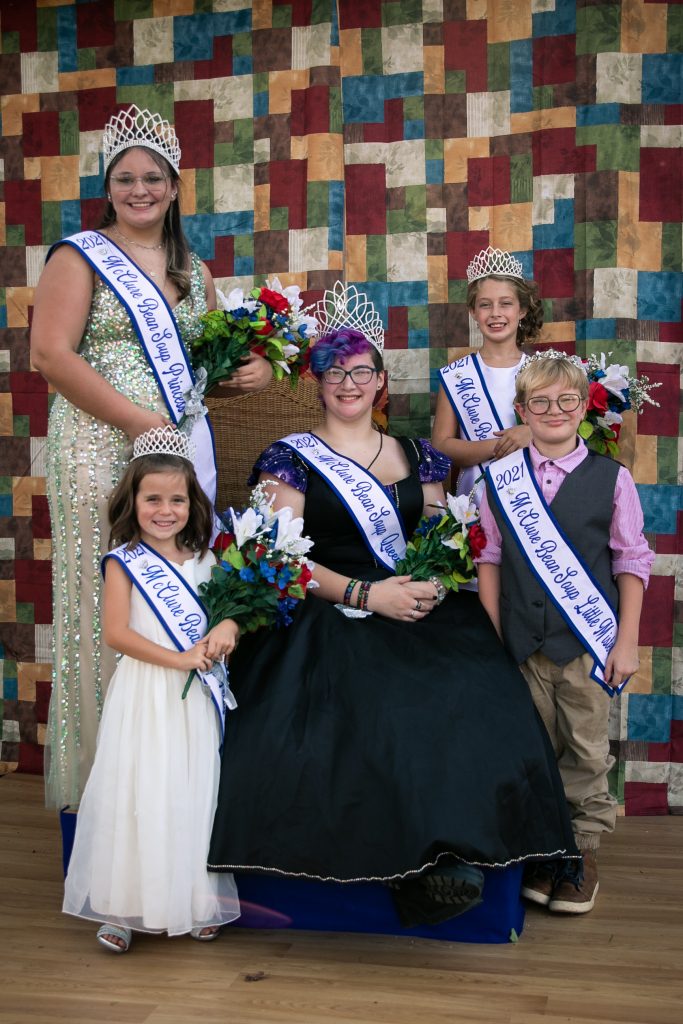 Congratulations to our 2021 Pageant Winners

In conjunction with the Pageant, the Photogenic competition was held. Winners are as follows.

Be sure to check out the Schedule of Events, Free Entertainment, Contests, and other fair activities planned for this year’s fair.

New To The Fair? Check out the Visitor Information.