The purpose of the Fair and Pageant Competition program is to encourage the promotion of agricultural fairs and to create better relations between youth and adults in both rural and urban settings. The McClure Bean Soup Festival & Fair Queen is expected to represent the festival and fair with pride and dignity, and to exhibit the highest of principles at all times.

1. Be a female who is a U. S. citizen and a resident of Pennsylvania in one following counties: Snyder, Mifflin, Juniata, Northumberland, or Union.

3. Be the certified representative from the local fair where she was crowned (for state competition).

4. Not have been a former local Fair Queen winner, nor a former State Fair Queen contestant.

5. Not hold any other title for any other commodity group or pageant.

6. Have her parent(s) or guardian(s) consent to compete in this contest and the State competition

7. Be single, have never been married, have not been pregnant nor given birth to a child.

8. And must not marry, nor get pregnant during her reign.

9. Be of good moral character (at the discretion of the Committee).

10. Be able to meet all time commitments, Queen obligations and dress code as set forth by the PA state Fair Queen Program.

12. Enter at least 1 contest of your choice in the Exhibit Hall. (Shoebox Float, Pumpkin Decorating, etc.)

CANDIDATES WILL COMPETE IN THE FOLLOWING AREAS:

1. A typewritten essay entitled “What My Fair (McClure Bean Soup Festival & Fair) Means to My Community” must be submitted, maximum 300 words.

2. A personal interview with a panel of three judges prior to stage competition. (business attire)

4. A 3-5 minute speech informing others “Why You Should Come To My Fair” that will be delivered to the judges and the public in attendance at the contest on Sunday, September 11, 2022 (evening gown attire)

RESPONSIBILITIES OF THE MCCLURE BEAN SOUP FESTIVAL AND FAIR QUEEN:

1. Be on hand at all areas of the McClure Bean Soup Festival & Fair to distribute ribbons, trophies, etc, as coordinated with the Pageant Committee. This responsibility begins on Sunday, September 11, 2022.

2. Represent the McClure Bean Soup Festival and Fair in parades and other functions throughout the area during her reign.

All contestants will receive an individual gift. In addition, cash prizes will be awarded as follows:

August 1, 2022 is the deadline for Complete Fair Queen Entries to be submitted to:

1. Essay “What My Fair Means To My Community”

5. One 8×10 photo for the Photogenic Contest

If you have any questions, please phone Kate Reed (570) 658-7266 or email beansouppageant@gmail.com

*The exact schedule for Sunday, September 11th will be determined by the number of contestants who enter.

*Contestants will report to the backstage area of the stage, where they can set up their areas to dress, do make-up and hair, etc.

*Contestants are asked to have one person with them in this area, and must provide their own mirror(s), etc.

* Electric outlets are plentiful in the dressing room, but contestants need to bring their own extension cords.

*Interviews, with contestants in business attire, are private with only the panel of three Judges.

*Exact times for the interviews will be announced.

*Contestants will receive notification concerning scheduling for both days.

The 2022 McClure Bean Soup Festival and Fair Queen will be named at the conclusion of this competition, and will assume her duties immediately. 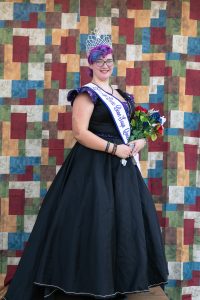 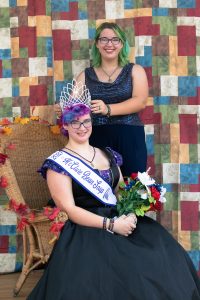